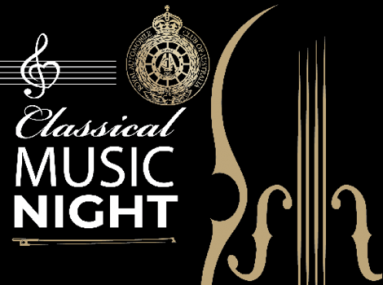 Join us in the Members Bar on the third Friday of each month as we start a new tradition at the Club and be entertained with live Classical music!

Each month will highlight music from famous composers. Enjoy ‘Classical Bites’ for $25, designed to pay tribute to the composer’s country of origin, and why not indulge in a signature cocktail for $10. 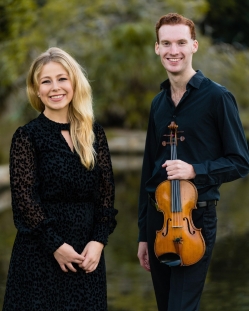 Estelle enjoys a diverse performance career as a soloist, chamber musician and collaborative pianist. She currently studies piano performance under Clemens Leske at the Sydney Conservatorium of Music, where she has been awarded numerous scholarships. Prior to university, Estelle undertook extensive studies in Munich, Germany under Alexandra Troussova. Since then, she has performed and completed further study in Italy and Germany, and has taken masterclasses under numerous renowned pianists. Estelle has performed and found success in many competitions and eisteddfods and has been awarded her AMusA. As one of the top music students in her state, at age 17 Estelle was selected to perform as a soloist at the Melbourne Recital Centre.

James performs regularly with the Australian Brandenburg Orchestra, having made his debut with ABO at the age of 17. He also performs with the Australian Youth Orchestra, Ensemble Apex and is the concertmaster of the Sydney Youth Orchestra (SYO). In 2019, he was awarded the Austria Scholarship from SYO and the Austrian National Tourist Office. James is currently studying a Bachelor of Violin Performance under Janet Davies at the Sydney Conservatorium, where he was awarded the Ted and Susan Meller Memorial Scholarship Fund