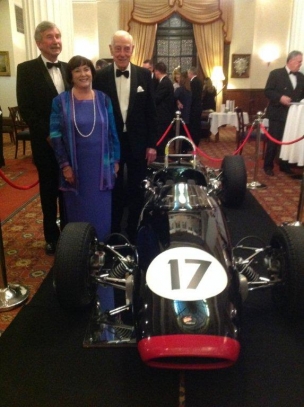 Our Motoring Group has lost a dear friend with the passing of Ron Tauranac on 17th July. Born in England, Ron migrated to Australia at age 3 with his family looking for a better life. He was of that very self-reliant generation shaped by the Depression and the war, during which he trained with the RAAF to be a fighter pilot. Fortunately by the time he had finished training the war was coming to an end, so he took early discharge and returned to civilian life. In the austere post-war years in Sydney, Ron and his brother built their own racing cars which were innovative and achieved success. From those modest beginnings, Ron rose to the very top of racing car design firstly by backing himself hugely and packing up his young family and moving to England in 1960 to join his friend Jack Brabham in establishing the Brabham marque. Initially selling customer racing cars in the lower Formulae, the Brabham name may have attracted the customers but it was the Tauranac design skills that enabled them to win. The pinnacle of the Brabham years was winning both the F1 World Constructors Championship in 1966 & 67 and the Drivers Championship with Jack Brabham and Denny Hulme respectively. After Jack retired at the end of 1970, Ron sold the Brabham team to Bernie Ecclestone, who would use that 'foot in the door' to completely change the commercial world of F1.

Free of the Brabham team and F1, Ron's energies now went into establishing another marque, RALT. Not so much a new marque, as the RALT name was that borne by the cars that Ron and his brother had built in Sydney years before - Ron and Austin Lewis Tauranac. The new RALT operation was very much a customer focussed company building cars for the lower Formulae, in which the Grand Prix champions of the future needed to win in order to progress. Name any later Champion - Nelson Piquet, Alain Prost, Ayrton Senna - they all drove RALTs on their way to the top.

Ron's high achievements were recognised by the award of Order of Australia after his return to Australia in 2002. I first met Ron in 2003 when the owner of a racing car on which I had done a bit of work requested that I pick him up and bring him to the workshop for a review of things. Gratifyingly Ron approved of my efforts. I was fairly in awe of him, having been a motor racing mad teenager when he was winning the World Championship, beating Lotus, Ferrari, Cooper, et al. A few years later a mutual friend brought him to a fortnightly lunch that I organise for a small group of motor racing enthusiasts and over a period of almost 10 years, I was to enjoy his company and hear first hand tales from the front line of motor racing in a fabulous era. 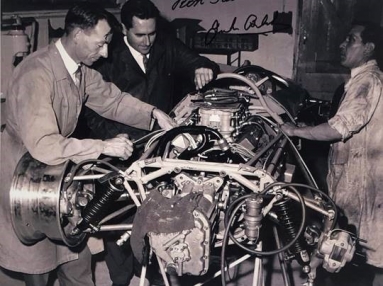