I hope all members are dealing with the lockdowns as best you can and looking forward to getting back to the Club for some human connection and great meals! We are keeping an eye on any changes to the restrictions, such that we can restart our Fluid Fridays.

In the meantime, two interesting items popped up in recent weeks. The first was an email from a gentleman who has a chiming mantel clock that was awarded as a prize at an event held on June 13th 1925 and called the “RACA Petrol Consumption and Hill Climb”. The event was won by Fred Berry by virtue of winning both the consumption and hillclimb, possibly in an Alvis. We have been asked to see if we can find any more information about this event in the archives, which we will do once the club re-opens. It is a beautiful timepiece and I’ll do a more in-depth write up in a month or so.

The second is of more value. A rare and beautiful vehicle has come up for sale in London. It is a 1912 Rolls-Royce 40/50hp Silver Ghost in the style of Barker. What is so special is that this car was ordered new by the then President of the RACA, Sir Samuel Hordern KBE and the vehicle was delivered to Sydney in November of that year. Sir Hordern was President twice from 1910-12 and then 1914-30. 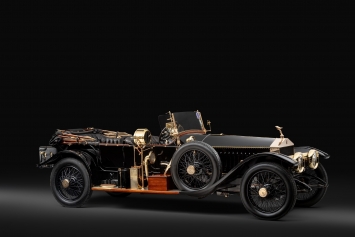 This glorious car was specified to have sports coach work by Barker, a London based coachbuilder who at the time described themselves as the Coachbuilder to H.M King. The design included a long range fuel tank and “colonial” clearance suspension. Perfect for our country roads no doubt!

The vehicle has been in long-term ownership which included “highly adventurous” touring on five continents across 25 countries. It is now available through Fiskens - who own the images shown here - and is a remarkable example of the quality that Rolls-Royce is famed for. You won’t see if from the images, however the rego plate is an NSW one: RR 1912. 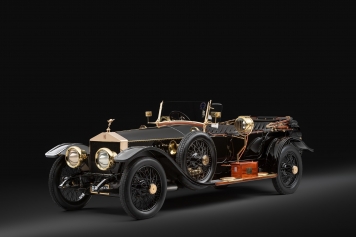