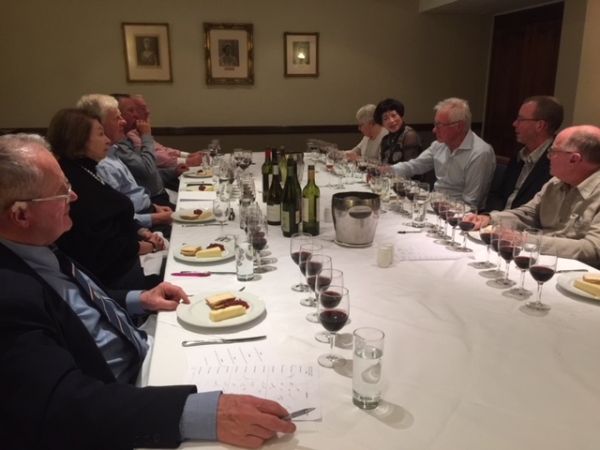 With two upcoming events left for the year; our much anticipated Best’s Wine dinner on 4 October and our black tie Henschke dinner on 23 November.

Best’s, in Victoria’s Great Western region, was established by Henry Best in 1866 and acquired by the Thomson family in 1920. Their vineyards are among the oldest and rarest pre-phylloxera plantings in the world. Best’s invaluable ‘Nursery Block’ planted in 1868 is a veritable vineyard museum bursting with history. It contains no less than 39 varieties, eight of which remain unknown and un-named to this day.

What makes Best’s so special, apart from the sheer quality of their wines, is their uniqueness. For example, their 2017 Old Vine Pinot Meunier, to be served with main course, has been described by James Halliday as “liquid history from the oldest Pinot Meunier vines in the world”. Another rarity to be served with entree will be the 2017 ‘Concongella Blanc’ - a field blend white wine produced from vines in the original Nursery Block. The other 5 wines will be 2014 Sparkling Shiraz, 2017 Great Western Riesling, 2017 Great Western Pinot Noir, 2012 Bin 0 Shiraz, and a Liqueur Muscat. Hamish Thomson from the winery will be joining us to present them.

Another big date to mark in your diary is 23 November, when we’ll be presenting our 7th Annual Black Tie Henschke Dinner. We’re still in planning mode, however be prepared for something special given 2018 marks 150 years of Henschke family winemaking. It’s a significant anniversary, not only for the Henschke family, but for the Australian wine industry generally. There’ll be more details in subsequent newsletters, however be prepared to taste something a little different from Henschke including their first release 2017 Gruner Ventliner from the Adelaide Hills.

Bookings for both Dinners are now open, and it’s always a good idea to book early. Contact (02) 8273 2322 or eventsadmin@raca.com.au

For the Corks ‘n’ Forks Committee