A messages from your president 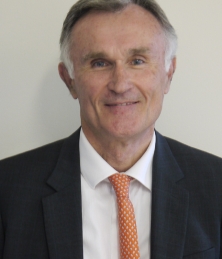 We hope this letter finds you well and we thank you for your ongoing support of the club, especially during the present period.

We write to notify you that in the very near future, the Club will have to confront a significant financial decision that will affect current members and the future of the Club.

1. Sydney City Council has notified the club that in coming weeks it will make an order requiring the Club to repair its Albert Street facade and to remove the hoarding above the footpath (which was erected in 2004 to protect pedestrians from potentially unstable masonry).  We estimate that compliance with the order will cost in the range of $700,000 to $1,000,000.

2. The Council has served the order in draft form and we are presently attempting to negotiate its terms, including the timeframe within which the works must be completed.

3. We have identified several possible methods by which the club might finance the order.  The less practical options include borrowings, donations and drawing upon limited overdraft of the Club (which is are protector during events such as COVID and trading downturns).

4. However, in our opinion, the two most feasible options area:

a. taking advantage of the Council's 'Heritage Floor Space scheme' (explained below); or

b. the imposition of a special levy on members of an amount up to approximately $800 per member.

5. It may be possible that the anticipated works order could be financed via a combination of methods, including a special levy for a lesser amount combined with some borrowings.

6. The scheme has operated in Sydney since the early 1970s and it provides for a heritage site to receive significant amounts of money for conservation works, on the basis that the site is not further developed (change to the Gross Floor Area of the Club) for a period of 25 years.

7. The scheme is administered by the Council but the sale consideration for our air rights are provided by private developers, who are compensated in the form of permission to develop other building sites.

8. The benefit for the Club in entering into the Heritage Floor Space scheme is that it would become eligible to receive funds in the range of $5,000,000 to $7,000,000, for both internal and external conservation works, including of the facade.

9. Importantly, the money would not simply be given to the Club, it would be made available in stages as works are completed and having been paid for by the Club, and expenditure would be subject to compliance with a pre-determined 'Conservation Management Plan' and ‘Development Application consent’.

10. However, Council has indicated that  given the completed works on the eastern facade, noted in our accounts to total $1.445 million, retrospective recognition is able to be determined by Council which could provide the necessary funds to do Albert Street without borrowing or levy.

11. The disadvantages associated with the scheme are that the club would be prevented from any upward development for a period of 25 years.

12. The development restriction might also negatively affect the value of the building as an asset if it ever were to be our intention, subject to member approval to sell the Club and re-locate.

1. Members might recall that our 1928 clubhouse, as originally designed, allows for the addition of four additional floors sympathetic with the existing structure and design.

2. Since the mid-1980s, the club has explored the possible commercial advantages of several proposals for upward development, in what one might call various 'modernist' architectural styles, all of which have either been rejected by planning authorities or have stalled in their early phases.

3. We have prepared a separate information statement in connection with the recent history of the club's potential development, accessible by clicking here.

4. The possibility of upward development of the clubhouse remains problematic due to the Permanent Conservation Order and other planning constraints.

The purpose of this letter is both to advise you of the impending Council order and to seek members’ opinion on the matters set out herein.

A detailed letter setting out the content of the orders and the history, and the Council indication will be sent to members shortly, and posted on our website.

Any correspondence, at your earliest convenience and addressed to the Club Secretary ceo@raca.com.au or at feedback@raca.com.au, will be gratefully received.